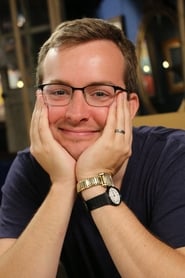 Sweet baby brother and 30 under 30 media luminary Griffin McElroy is an American podcaster and former video game journalist. He often collaborates with his two older brothers, Justin and Travis, on various projects including podcasts and video content. He is one of the founding editors of Polygon, a video game journalism website, which he has since departed. He is largely known for his comedic work, which is generally positive and inclusive in nature.